Pharmacy Renovation with an Eye Toward Future Growth

In May 2012, Pharmacy Purchasing & Products published an article titled “Building Flexibility into Pharmacy Renovation,” which discussed Jackson Health Community Hospital’s pharmacy renovation. The article that follows discusses how the modular casework implemented 7 years ago has adapted to the pharmacy’s needs over time.

Renovating a pharmacy is often a once-in-a-career opportunity, so proper planning is critical to ensuring the facility will continue to meet the hospital’s needs for years to come. When Jackson South Medical Center (the hospital was renamed since the first article was published) renovated its pharmacy 7 years ago, the goal was to build adaptability and sustainability into the design to accommodate future growth. Our desire to create an aesthetically pleasing environment that would attract top staff and provide a positive working environment was equally important.

Jackson South, a 250-bed, USP <797>- and <800>-compliant, acute-care hospital located in south Miami-Dade County and part of Jackson Health System, doubled its size through a major 157,000 square-foot expansion and renovation project, which included the new, state-of-the-art pharmacy, as well as construction of a USP <797>-compliant sterile cleanroom. Because future adaptability was one of our critical considerations, modular casework was implemented in the pharmacy. The Jackson South pharmacy department is open 24 hours a day, 7 days a week. Our pharmacists and technicians provide high-level clinical and distributive services to the facility, with decentralized clinical pharmacists assigned to several units. The primary services offered by the pharmacy include unit-dose drug distribution; sterile products preparation, including chemotherapy; satellite pharmacy services; pharmacokinetic consultation; patient education; and drug information, monitoring, and counseling. The renovation dramatically increased the size of the pharmacy from 1000 square feet to 3900 square feet.

Seven years after the renovation, with the imminent approach of my retirement date, the pharmacy department sought to evaluate how well our renovation met administration’s mandate, which was to position our pharmacy for success over a 20-year period. The issues we examined included: 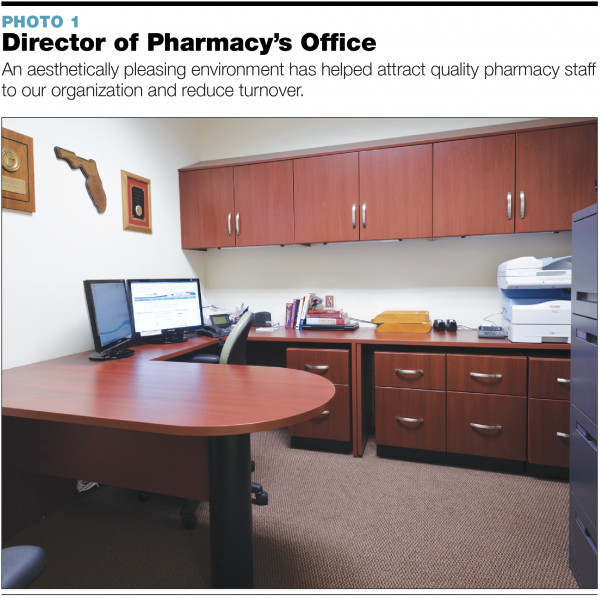 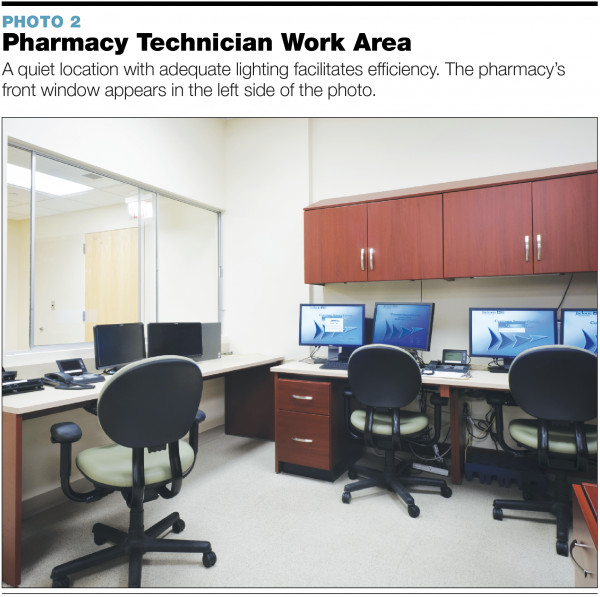 The hospital’s average daily census has remained consistent since the opening of the new pharmacy, but when Jackson South inaugurated its Level 2 trauma center in 2016, the medication budget and number of pharmacy transactions nearly doubled in dollars and volume to meet the demand. In addition, since the pharmacy renovation, the hospital has undertaken other expansion projects, such as demand from the stroke treatment program and a cardiovascular ST-Elevation Myocardial Infarction (STEMI) program, which have led to increased service demands on the pharmacy department. The increase in surgical volume due to bariatric cases and new service lines, including neurology and orthopedic surgery, also put additional pressures on the pharmacy. In response, pharmacy has significantly expanded the medication line items on formulary, and inventory has grown as services have expanded.

Thanks to careful planning for flexibility and growth, we were able to accommodate the increased volume and storage needs for the new products. Additional pharmacy personnel were hired to properly staff the pharmacy, including an antibiotic stewardship pharmacist. 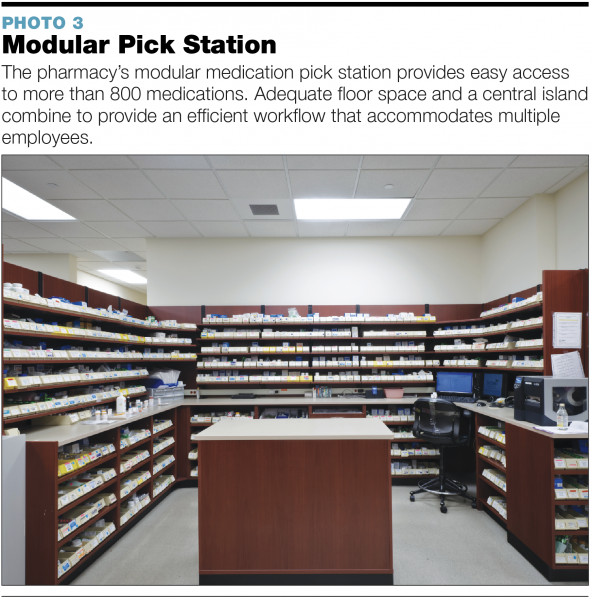 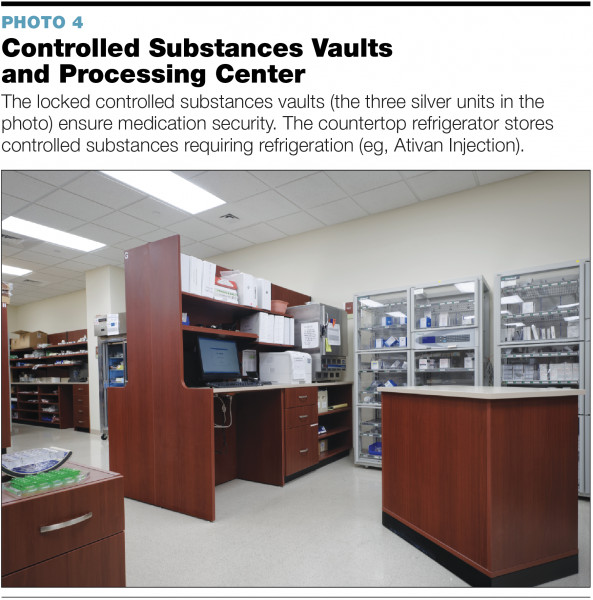 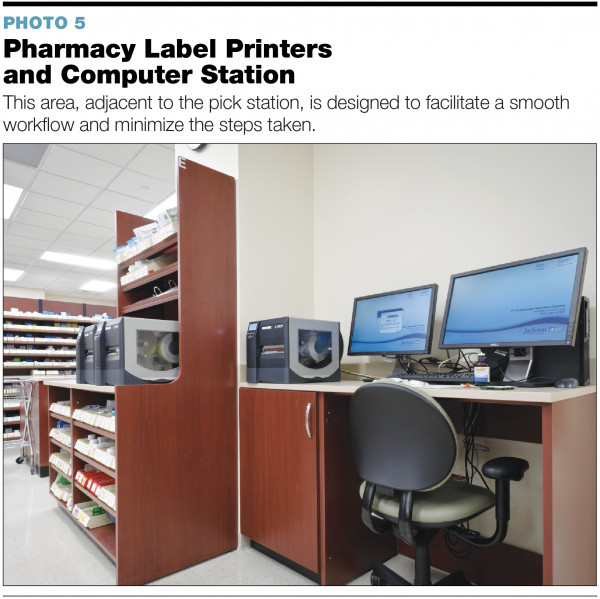 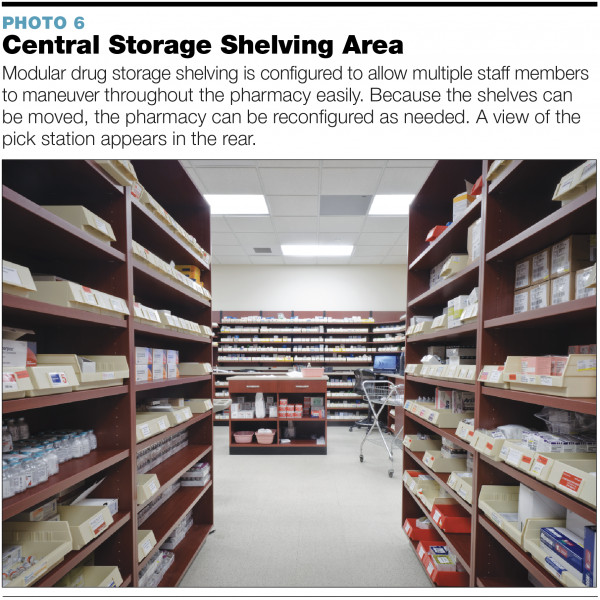 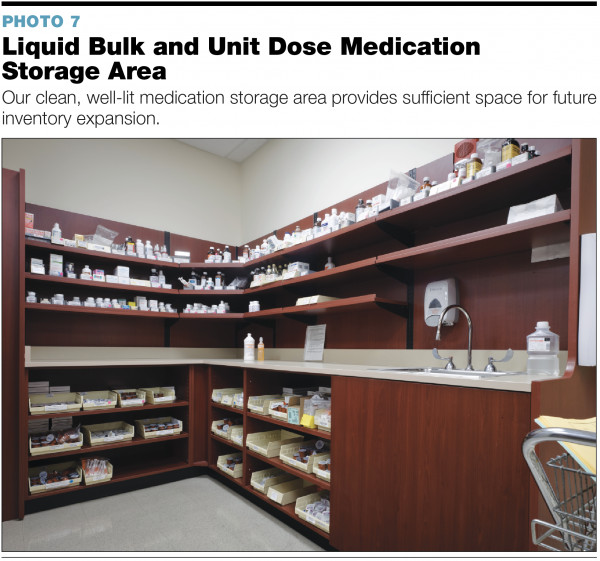 In anticipation of natural disasters, such as hurricanes, the renovation included the installation of a shower stall in the pharmacy. This decision proved useful, as the shower was frequently used by staff during Hurricane Irma in 2017.

When we initially designed the pharmacy, we anticipated a future carousel implementation. To accommodate this technology, sufficient clearance would be required, so 12-foot ceilings were incorporated into the pharmacy plan. This foresight proved to be prudent, as Jackson South will purchase and implement a carousel by the end of this year.

Looking to the Future

After careful evaluation of our renovation, we believe our two defining goals, adaptability and the capacity to accommodate future growth, were not only met, but exceeded. The aesthetically pleasing modular furniture, as well as the operational efficiency gained through its use, have helped us recruit outstanding talent in the pharmacy, keeping morale high and staff turnover low. Jackson South’s leadership team has allowed me, in consultation with my staff, the opportunity to hire my own replacement. Seven qualified candidates were interviewed, all of whom were impressed with the pharmacy’s workflow, space, and layout.

We expect that automating the storage, distribution, and ordering of medications via the carousel will significantly improve medication safety and inventory management. Hospital administration is looking forward to efficient inventory management and an increase in annual inventory turns to deliver greater cost savings, accountability, and control. The hospital is planning to implement an outpatient pharmacy by year end, and we anticipate moving some of the modular casework into the outpatient pharmacy, since the majority of the main pharmacy’s medications soon will be maintained in the carousel.

The Jackson South pharmacy will continue to adapt as the hospital grows, and it is comforting to know that the original pharmacy design, plan, and modular equipment will support the demands for years to come. In turn, we are confident that Jackson South can effectively grow and expand to meet the needs of the community it serves.

Paul A. Eger, RPh, CPh, who recently retired from his position as director of pharmacy services at Jackson South Medical Center in South Miami-Dade County, Florida, received his BS in Pharmacy from Auburn University. He has served in various capacities as an officer in several pharmacy organizations. Paul has had experience renovating existing pharmacies and establishing new pharmacies in six facilities throughout his career. 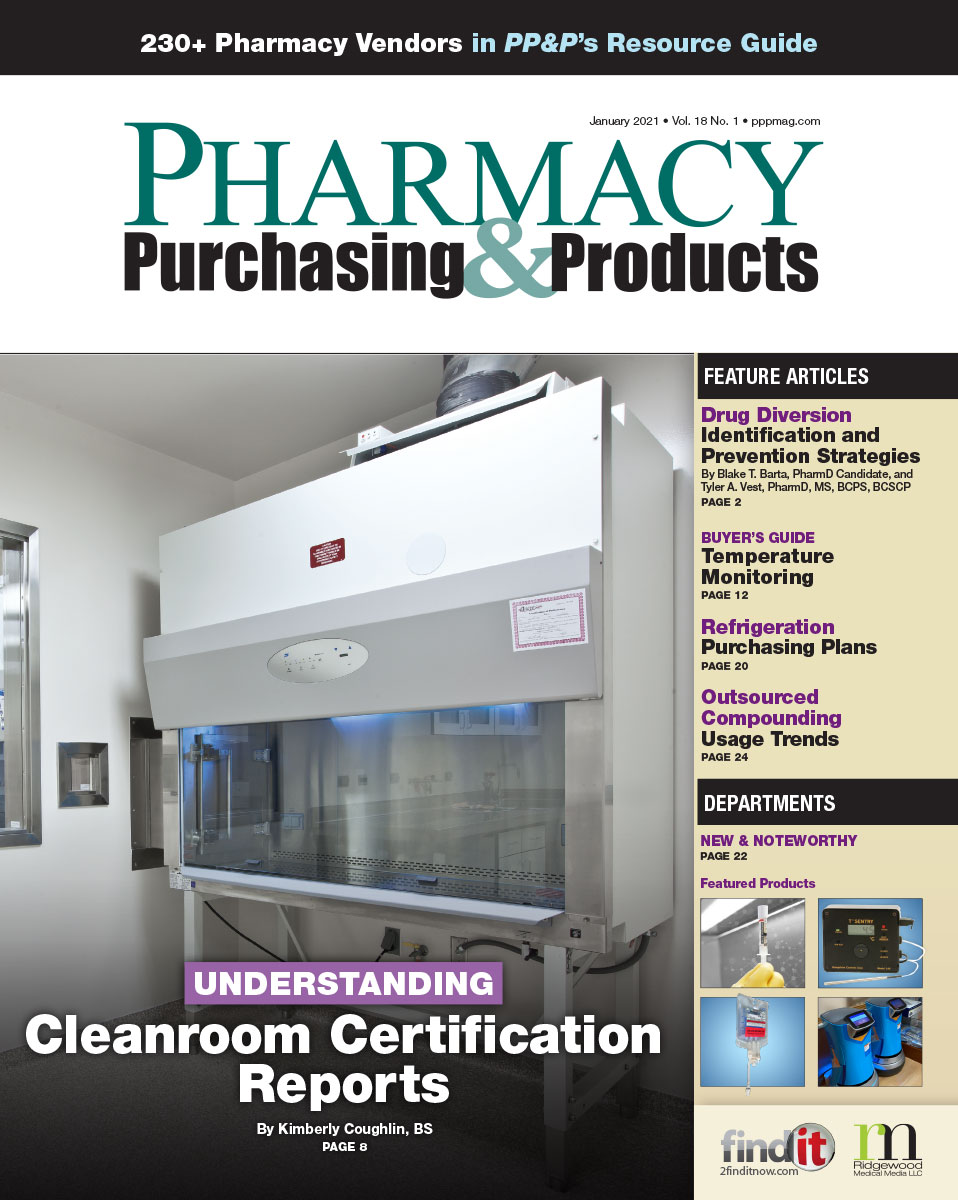