Reaping the Rewards of a Pharmacist-run Spirometry Clinic

Spirometry—a pulmonary screening or diagnostic test that requires a patient to inhale and exhale maximally into a measuring device—is often required for patients with pulmonary symptoms such as cough and shortness of breath, or to diagnose or screen patients with diseases such as asthma or chronic obstructive pulmonary disease (COPD). Though spirometry testing usually requires general physician supervision (level 1), pharmacists’ education in pulmonary pharmacotherapeutics and daily contact with the public puts them in a unique position to identify people with pulmonary symptoms and administer spirometry testing. Pharmacist-run spirometry clinics provide an opportunity for the pharmacy department to expand clinical services to patients, contribute to patient outcomes, and generate financial reimbursement.

Interdepartmental Program Development
In August 2008, the Philadelphia College of Pharmacy at the University of the Sciences collaborated with the Crozer-Keystone Center for Family Health to initiate a pilot spirometry clinic. Our objectives were to determine the clinic’s financial and patient-care value and to define a practice model for both providing optimal point-of-care screening for pulmonary patients and documenting outcomes. Our experience was that opening and operating a spirometry clinic requires the commitment of physicians, pharmacists, nurses, medical assistants, and administrative staff.

Financial Support
The financial support of the administration is essential. Resources must be dedicated for equipment, training, and pharmacists’ time. While spirometry equipment traditionally was large and hospital based, the new devices are the size of a laptop computer. Portable and lightweight, they can be used in outpatient settings, including physicians’ offices. At the family health clinic, our first step was to replace our outdated, unreliable equipment with a new $2,000 spirometer.

Pharmacist Training
Pharmacists are not required to complete a credentialing or certification program in spirometry testing to deliver the service, but such training does infer greater credibility. The American College of Chest Physicians in collaboration with the Association of Nurse Practitioners provides a full-day class on performing spirometry for just $45 (www.chestnet.org/accp/events/copd-what-really-works). In our case, the clinical pharmacist running the clinic was already trained as a registered respiratory therapist (RRT) and certified pulmonary function technologist (CPFT), so we did not accrue this cost. Additionally, since he was a pharmacy professor at an affiliated school and was providing the service as part of a pharmacy-affiliated agreement with the health system, we did not need to budget for his role.

Pharmacist Time
Payment structures must be developed to reimburse the pharmacist for performing the test, managing medication therapy, and educating the patient. Collaborative practice agreements between pharmacists and physicians are developing across the country; still, many states do not have legislation for pharmacists to receive financial reimbursement for spirometry services. Keep in mind that spirometry generally requires physician supervision and thus, a physician should be available by telephone or pager during any testing.

Accurate reimbursement requires diagnostic and procedural coding. Diagnosis is based on the International Classification of Diseases, Ninth Revision, while procedural codes for billing are based on the Current Procedural Terminology (CPT) manual. The testing location (whether the physician’s office, hospital laboratory, or outpatient clinic) affects how the procedure is billed (CPT code). Testing completed in a physician’s office, where the physician owns and maintains the equipment, may be billed differently. In addition, some payers may use bundling for reimbursement. Additional reimbursement options and direct or indirect billing are driven by payer and practice site. Since transcribing proper CPT codes is vital for optimum financial reimbursement, we advise discussing billing procedures with in-house reimbursement specialists.

Medicare Reimbursement
Table 1 provides an overview of Medicare’s financial reimbursement of 51 patients. For a full day of testing (approximately eight hours) of five Medicare patients, the clinic received approximately $430. For all 51 patients, the clinic received approximately $4,375. This amount includes the physicians’ reimbursement for interpreting the tests. Other third-party payers’ payment structures differ; many would pay more than Medicare, which traditionally pays the lower code rate. 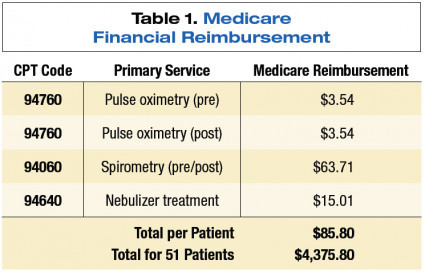 A Pilot Clinic in Action
Based on physician input, we decided to open the spirometry clinic for one eight-hour day each month and schedule five 75-minute patient visits. Candidates for spirometry testing were referred by medical residents from the health clinic or outside physicians. Patients were prescreened to rule out potential contraindications for spirometry testing.

Patients were instructed not to administer respiratory medications for 24 hours before testing so we could establish a baseline value of pulmonary function. If patients experienced increased shortness of breath during this time, they were told they could use their rescue inhaler (a short-acting beta-agonist).

Each patient visit began with the physician and pharmacist team taking a detailed pulmonary history and medication reconciliation. Next, the pharmacist performed pre- and post-bronchodilator spirometry testing. Each pre- and post-test was performed at least three times, until the patient met the American Thoracic Society (ATS) guidelines of a forced vital capacity (FVC) or forced expiratory volume (FEV1) value within 5% of the next largest value. A maximum of eight tests would be attempted. Patients were evaluated for arterial oxygen saturation via a pulse oximeter before and after the spirometry testing.

The spirometry results were immediately evaluated by the medical team in consultation with the patient to determine an appropriate treatment plan and educate the patient on inhaler technique, medication, and, if needed, smoking cessation. Last, if necessary, office staff rescheduled patients for medical follow up or the spirometry clinic.

Because the model was built upon a set number of patient visits, even one no-show would result in the waste of valuable resources. To avert this financial risk, we stressed the importance of compliance with patients.

Results
Of 65 patients scheduled for spirometry appointments, 51 were evaluated. Spirometry interpretation included 32 patients (62.8%) with normal spirometry results and 19 patients (37.3%) with abnormal results. Spirometry testing identified a need for further diagnostic testing or physician referral in 14 patients (27.5%). The accuracy of spirometric testing based on criteria set by the ATS included 76/102 attempts, a 74.5% success rate. Smoking cessation literature was provided to approximately 63% of patients.

Respiratory medications required significant adjustment after spirometric testing. Beta-agonists were the primary class of agents that required discontinuation. Table 2 is an overview of respiratory medication delivery. Spirometry testing assisted in addition, discontinuation, or altering of pulmonary drug dosing in 43 of 51 patients (84.3%). Twenty-two of the 32 patients (68.8%) who were referred to the spirometry clinic with normal spirometry had a documented allergy history. Leukotriene antagonists were prescribed much more than any other drug class. We attribute this to an underlying allergy component that was not previously identified and above-normal environmental pollen counts. 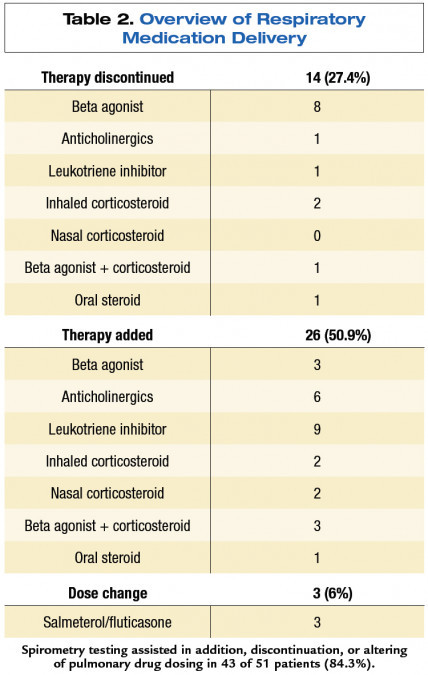 Conclusion
Implementation of a pharmacist-driven primary care spirometry clinic can be a successful partnership between pharmacists and primary care physicians. Pharmacists can optimize the care of the pulmonary patient, including improvement in health care outcomes, as well as expand the clinical services the pharmacy delivers.

Michael J. Cawley, PharmD, RRT, CPFT, is an associate professor of clinical pharmacy at the Philadelphia College of Pharmacy at the University of the Sciences in Pennsylvania. He has more than 20 years of clinical experience as a registered respiratory therapist, certified pulmonary function technologist, and critical care clinical pharmacist. Well published, Dr. Cawley is also a medical consultant, pharmaceutical advisory board member, and editorial reviewer for numerous medical and pharmacy journals including Pharmacotherapy, Clinical Therapeutics, and Critical Care Medicine. He is an editorial board member of Annals of Pharmacotherapy (Critical Care Section) and RT (a journal for respiratory care practitioners).

Richard J. Pacitti, Jr, PharmD, MBA, is the clinical manager in the pharmacy department at Crozer-Keystone Health System. He received his BS in pharmacy and PharmD from Temple University School of Pharmacy and his MBA from St. Joseph’s University, both institutions in Philadelphia, Pennsylvania. Dr. Pacitti is also a Director-at-Large, Section of Inpatient Care Practitioners Executive Committee, American Society of Health System Pharmacists (ASHP). 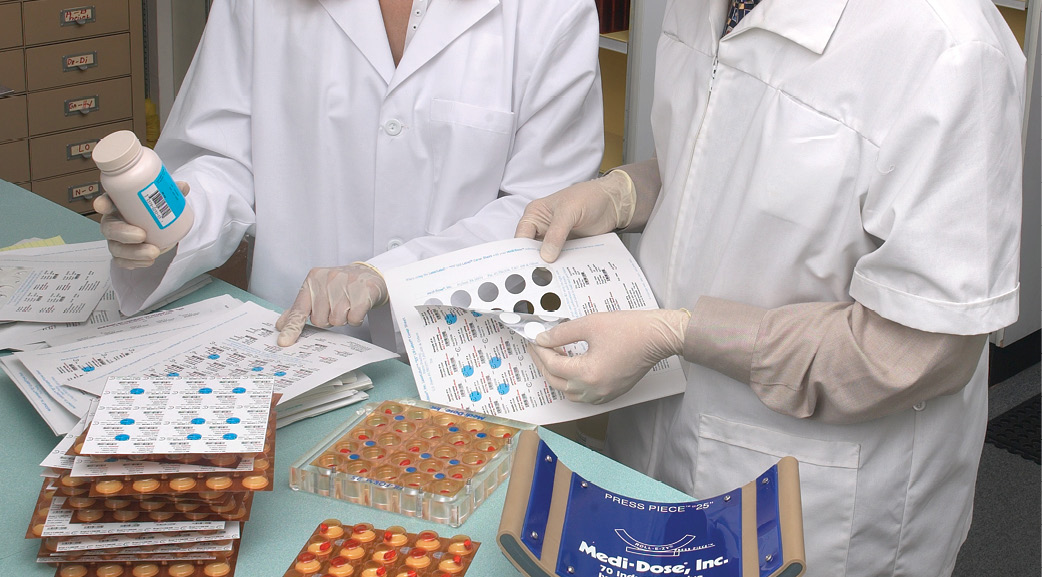 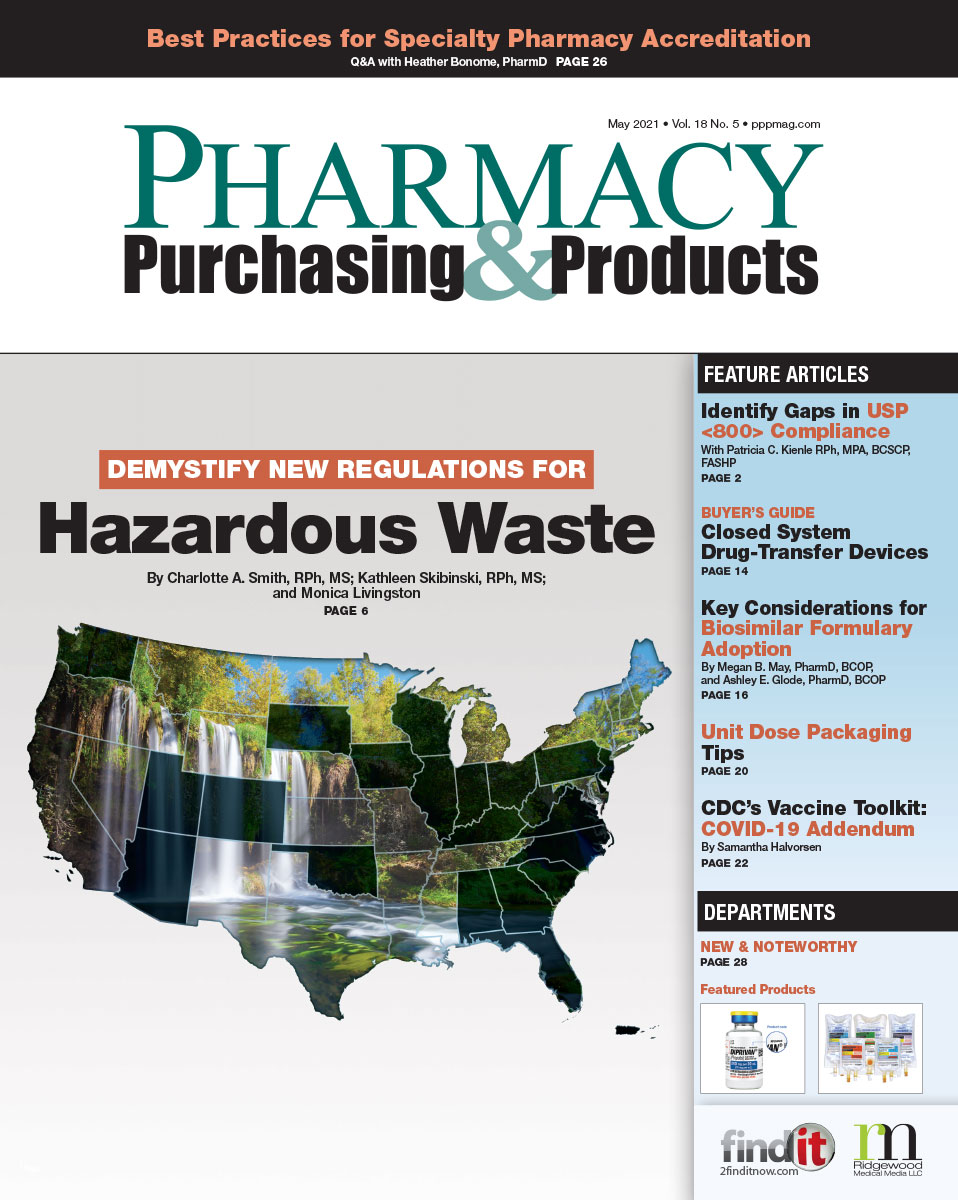