SURFACE SAMPLING IS A SIGNIFICANT PROCESS FOR DETERMINING THE presence of viable microorganisms on the surfaces of ISO Class 5 engineering controls, carts, counters, walls, floors, and most importantly, the gloved hands of compounding personnel. Proposed changes to USP Chapter <797> refer to the sampling of surfaces, including gloved hands.

Measuring Microbial Bioburden
Environmental surface microbial bioburden can be measured by many different devices, including contact plates, swabs, and paddles, which are commercially available containing a variety of different media. For most applications, tryptic soy agar (TSA), supplemented with neutralizers such as lecithin and polysorbate 80, is the most useful. It is imperative to use media supplemented with such neutralizers to inactivate residual disinfectants.1 Polysorbate 80 neutralizes
phenols, hexachlorophene, and formalin; lecithin inactivates quaternary ammonium compounds.

Contact plates can be employed to establish and monitor the efficacy of disinfectants, cleaning techniques, and microbial load. Filled with agar that forms a convex surface, these small petri dishes are suitable for monitoring flat surfaces, such as laminar-airflow workbenches (LAFWs), floors, and walls. The plates measure 24 to 30 mm in diameter, and are often referred to as RODAC (Replicate Organism Detection And Counting) plates. RODAC is a brand name of contact plates prepared and sold by Becton, Dickinson and Company.

To sample an area using a contact plate, remove the lid and gently roll the agar surface across the sample area, transferring any microorganisms present on the surface onto the agar. After obtaining the sample, replace the lid and clean the surface with a wipe and isopropyl alcohol to remove any agar residue left by the contact plate. Then incubate the plate at temperatures condusive for the growth of a variety of microorganisms.

Swabs are best suited for use on irregular surfaces such as switches and dials, where contact plates cannot be used. This method may either be qualitative or quantitative, depending on the type of analysis conducted.

The use of swabs requires a specific technique to ensure proper surface
sampling. As per aseptic technique, carefully remove the swab from its tube, allowing any excess moisture to remain in the tube. Then rub the swab across the surface using a twisting motion, and replace it in the tube. If quantitative analysis is desired, refrigerate the tube after sampling (for no more than 48 hours), until received by the laboratory. If qualitative analysis is desired, incubate the tube as above and observe it for turbidity in the medium, an indication of contamination.

Like contact plates, plastic agar paddles are layered with media and used to sample various surfaces. They are ideal for surfaces which are difficult to reach, such as crevices between equipment. Some paddles can also be used for air (settling-media) sampling.

Surface-testing materials may be obtained from the microbiology laboratory or infection surveillance department of most hospitals. Alternatively, these supplies are available from a number of vendors, including Becton, Dickinson and Company; bioMe?rieux; Biotest Diagnostics; Millipore Corporation; Q.I. Medical, Inc.; and Remel.

Establishing an Environmental-Monitoring Plan
Like the U.S. Food and Drug Administration’s cGMPs for drugs and medical devices, USP Chapter <797> is ambiguous regarding the details of its implementation. Pharmacists must be able to demonstrate that their sterile-preparation compounding program is “under control.” Therefore, it is important to design an environmental-monitoring plan that indicates the engineering controls, sanitization practices, process, and employees maintain an environment with consistently acceptable microbial levels. An environmentalmonitoring plan should be capable of detecting, in a timely manner, an adverse trend in microbial populations, and facilitate the identification of that trend’s source(s), such as equipment failure, sanitization practices, personnel habits, or training deficiencies, so they may be corrected before the environment is adversely affected. If the critical elements of a robust environmental-monitoring plan are performed and documented regularly, environmental control can be easily demonstrated and monitored.

Establishing Alert and Action Levels
Environmental monitoring should be used as an “early-warning” system to alert staff when a critical aspect of the compounding process is drifting out of control. Any formal environmental-monitoring plan requires the establishment of alert and action levels, or the threshold numbers of viable microorganism colony-forming units (CFUs) that indicate a facility’s loss of control. The absolute CFU value has limited scientific meaning, but is used to identify adverse trends and deviations from a known baseline of microorganisms within a controlled environment. Acting on trends or shifts in CFU count can prevent significant problems that could affect compounded sterile preparation (CSP) quality. However, it is not appropriate to use environmental data (action or alert levels) as CSP quality release checks, since a direct cause-effect relationship does not automatically exist between environmental excursions and product contamination2. It is also critical to understand that environmentalbioburden testing, especially testing of critical areas like ISO Class 5 workbench surfaces, should not be considered an acceptible substitute for sterility testing. For example, a negative test (absence of CFUs) on a critical surface test does not mean that the compounded preparation is sterile3.

Data should be collected at evenly distributed intervals for at least one year to establish a realistic environmental-bioburden baseline. Many variables may affect contamination levels, including seasonal variations in temperature and humidity. For instance, warmer temperatures and higher humidity increase operator discomfort and provide better growth conditions for microbes. Outdoor contributors like construction and pollution can also affect contamination levels, as microbes can be dispersed into the air and carried into the facility. Another consideration is the facility’s size: crowding in a small facility may cause operator discomfort and inappropriate cleanroom behavior. In addition, inappropriate cleanroom construction materials, such as non-epoxy-coated gypsum wall board and tile flooring, can hinder effective cleaning of the controlled environment.

If action levels are exceeded, gram stain morphology can be used to identify certain microorganisms, and can aid in detecting the source of contamination and its remediation.

USP Chapter <1116> indicates suggested levels for different air-cleaniliness classifications, but does not indicate if these are alert or action levels. (See Figure 3.) These levels can be used as a resource and initial guide when establishing alert and action levels. However, actual data from your facility should be accumulated and analyzed to establish your levels.

Conclusion
Establishing a robust environmental-monitoring plan will provide information on the performance of the facility, including air cleanliness, temperature, and humidity; compliance of personnel relative to garbing procedures and movement; effectiveness of cleaning procedures; and aseptic technique and the handling of components used in the preparation of CSPs. This inexpensive quality metric can yield valuable information and identify issues before they impact the sterility and integrity of compounded sterile preparations.

Kym Faylor is the manager of quality assurance at Bethlehem, Pennsylvania-based Microbiological Environments, where she has worked for the past eight years. She is also a member of the Parenteral Drug Association, the Biopharmaceutical Education and Training Association, the American Society for Quality, and the Regulatory Affairs Professionals Society. 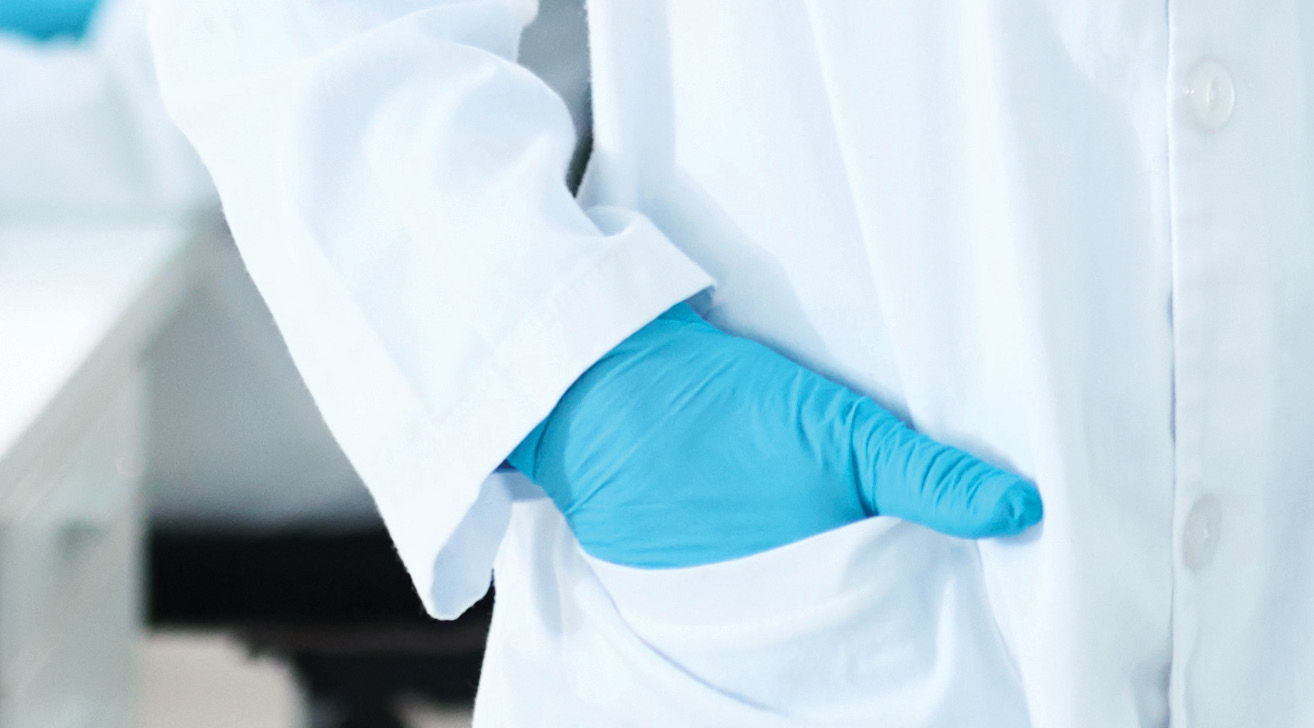 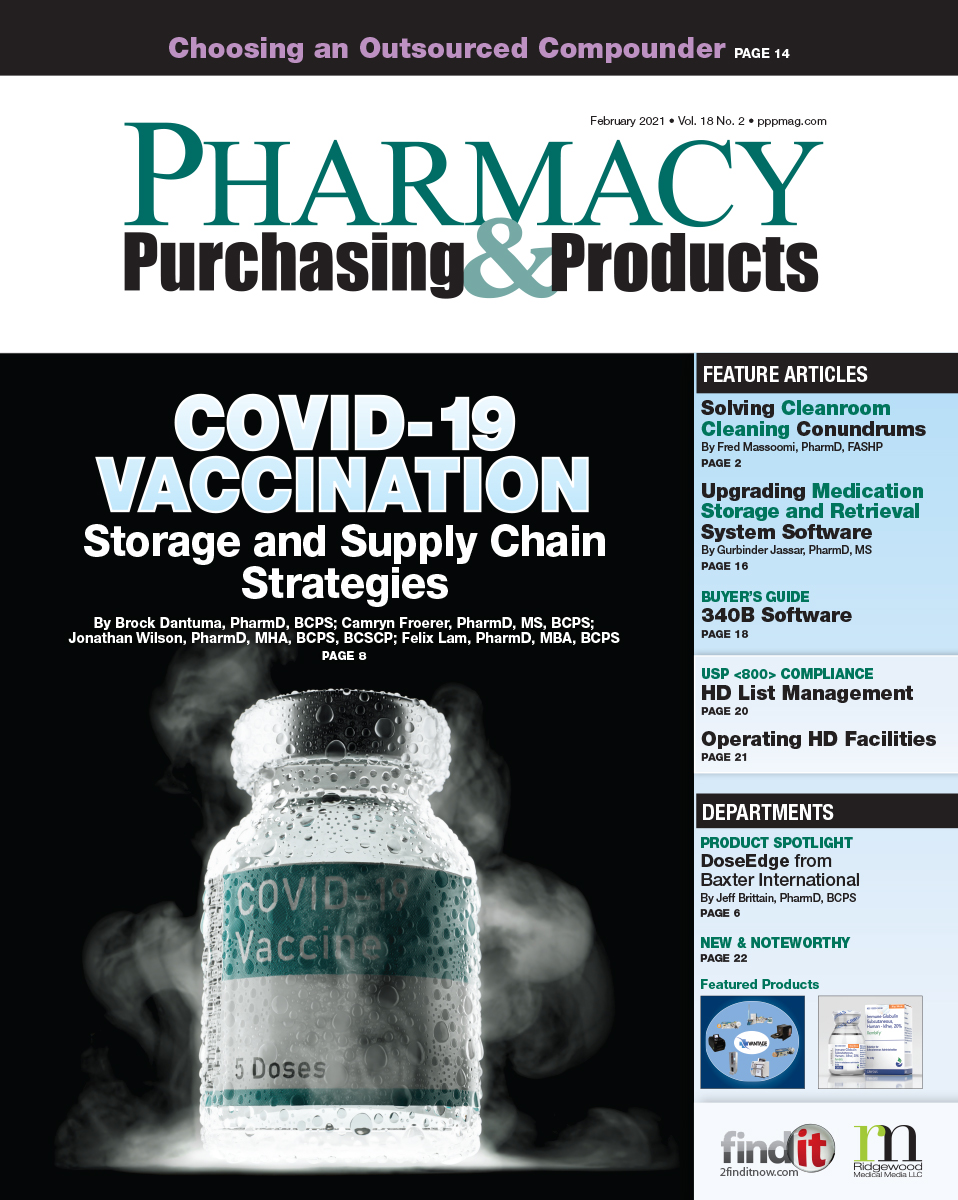